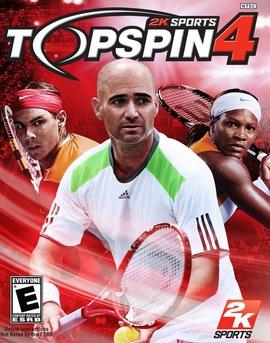 2K Games’ Topspin series has been the tennis series to go to since it’s debut back in the days of the Xbox & PS2, and with the pending release of Top Spin 4, a new development diary has now been released detailing everything from the courts to the players. What makes this development diary different than others is that it is in text rather than a video, but it is actually jam packed full of information that should satisfy any tennis fan craving for details until the game is released in March.

So, I present to you the diary in 4 which was wrote by series’ producer, François Giuntini.:

These past couple years have been quite interesting for the Top Spin development team. Development moved from Paris to lovely Prague while strengthening the team with dedicated and talented people. We have also taken the time to analyze Top Spin 3, gathering great feedback from our dedicated fan base, to define what tweaks, updates, and complete reworks we needed to do.

And here we are now. The brand new Top Spin 4 is releasing March, 15th 2011 in the US and March, 18th 2011 internationally, packed with revolutionary, exciting tennis goodness! Today I will talk about some of the cool content that makes Top Spin 4 THE Real Tennis Experience.

We focused a lot of effort and energy to ensure that every aspect of TS4 delivers the best of what makes tennis so thrilling and exciting. Let me present some of these elements to you:

All-Star Cast of Modern and Legend Players
TS4 features the who’s who of current and legendary tennis players: Andre Agassi, Bjorn Borg, Roger Federer, Jim Courier, Rafael Nadal, Boris Becker, Serena Williams, Patrick Rafter, Michael Chang, Dinara Safina, Andy Murray, Novak Djokovic, Ana Ivanovic, Ivan Lendl, Pete Sampras, Andy Roddick, James Blake, Caroline Wozniacki, Nikolay Davydenko, Gilles Simon, Bernard Tomic, Eugenie Bouchard, Stanislas Wawrinka, Vera Zvonareva, and Jelena Jankovic are available in TS4. At the end of the day, 2K has secured five of the top 10 on the ATP rankings, as well as four of the top 10 on the WTA rankings. All these great Pros have been faithfully implemented in the game with even more Signature Style; every detail from their look, attitude, attributes, strengths & weaknesses and play style. Each player has signature animations for their own swings and attitude, making every person more unique and exciting to play with. 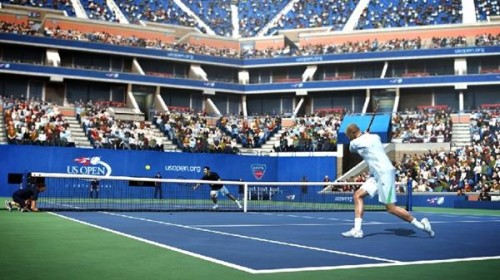 This extensive list will allow you to re-enact some of the most exciting matchups in tennis history. Play as Nadal with his “lasso-whip” forehands or watch Djokovic pump his chest when celebrating a great point. Replay epic historic moments, such as Sampras’ last grand slam final against Agassi at the US Open or the 2010 Barclays ATP World Tour Finals between Nadal and Federer at the O2 Arena in London. Speaking of arenas… 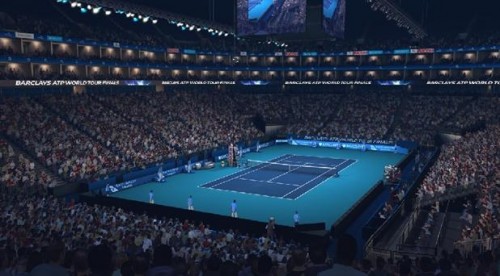 The same extreme attention to detail that we put into creating the Pro players is put in the venues. We made sure to accurately reproduce those mythical tennis temples.

The Real Tennis Atmosphere
To bring the most realistic tennis simulation to the market, it is important to provide the most accurate tennis atmosphere we can. In order to do so, we put a lot of attention into faithfully reproducing the ‘sound’ of tennis.

More than ever before, the crowd will react to what happens on court during and after each point, giving instant feedback to what players do and adding to the thrill of the most spectacular rallies. From the playground to the Grand Slam tournament, you will hear the crowd cheer for their favorite player, explode on the most impressive points, or even hold their breath during the tense moments that set tennis apart. 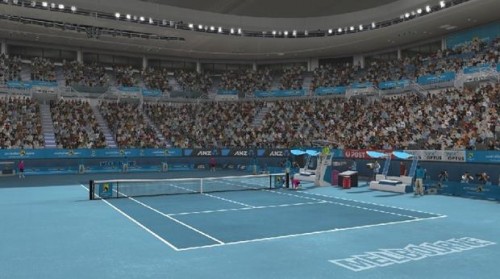 Racket swings, ball impacts, slides on clay and all player efforts and grunt sounds have been implemented to further immerse users into a realistic professional tennis match.

Tennis Authenticity
Of course, the most important aspect may be in the in-game animations. All the movements and swings in TS4 have been motion captured (more than 8000 animations in all), after watching and analyzing hundreds of matches, to gather the best animations behind what makes tennis such an exciting and spectacular sport. All the situations occurring during a tennis rally have been implemented. This mass of data insures every shot, move, and reaction is perfectly suited for what is happening on the court. 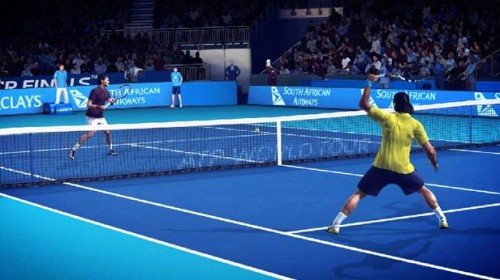 As far as the arsenal of shots and actions, well you basically get it all! All the shots and spins are faithfully reproduced, whether you choose a devastating power shot down the line or a cross-court top-spin shot. More cool actions have been implemented or revamped: let shots, drop shots, smashes, returning a lob, diving for a difficult passing shot, sliding on clay, performing inside-out shots, slowly preparing a powerful winner when receiving a weak shot, and many more. We will go into more details on the gameplay in a future Diary.

The match presentation has also been updated: players wait in the tunnel and enter the court while the speaker announces the matchup, cameras are placed around the courts as they would be for a television broadcast, on screen statistics appear at key moments… everything is there to make the user feel like they’re playing a live tennis match.

Lots more to talk about but that’s it for today guys; stay tuned for more info in the upcoming Diaries.

Top Spin 4 by the sound of it is shaping up to be a tennis fan’s dream and all of the work that went into animations and the visuals is definitely shining through from what we have seen so far. I am not a huge sports title fan, but then again, Top Spin 4 isn’t your average sports title as the series doesn’t see a yearly release like most in the genre, and judging by the diary, it seems like this could very well be the top shelf tennis title that fans have been craving since the last Top Spin invaded consoles back in 2008. Top Spin 4 will be available for the Nintendo Wii, Xbox 360, and Playstation 3 on March 15, 2011 in the states and March 18 for Europe. No Australian date has been given as of yet, but I expect one to come forward very soon.