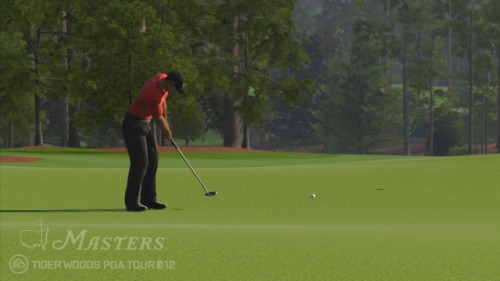 In 2009, details emerged of Tiger Woods infidelities and were promptly spread across the front pages of the press, as new revelati0ns came to light regarding one of the World’s weathiest sportsmen.

But when a Lead Designer at EA Tiburon, the makers of the Tiger Woods golf franchise, was quizzed about the scandal and how it affected the franchise, he assured everyone it was business as usual behind the scenes. Despite the superstar’s troubled personal life, Lead Designer Mike DeVault said: “We have our job to do. It’s pretty much business as usual for us. It hasn’t impacted us at all.”

The fact that Tiger Woods is on good form at the moment as he gets back into the swing of things (sorry) could be fundamental, because, probably as a result of the scandal, sales of last years incarnation were lower than expected. This is further reiterated by quotes from EA’s John Riccitiello last year saying how they “have no plans to move away from him, but it’s a business relationship on the basis of we make the best golf game and he’s the best golfer”. Above is a screen from the game, and as you can see it is looking very nice. This year’s title will be taking us to the Masters when i