Take this bit of information as pure RUMOR at the moment, but an interesting website has popped up that is leading fans to believe that Namco is possibly teasing a western release for Tales of Graces which came out in Japan back in December of 2009 for the Wii and one year later for the PS3. If you follow think link for http://ataleoftworichards.com/ it takes you to a blurry logo which closely resembles that of Tales of Graces F.

This all started when Namco’s Community manager, Rich Bantegul posted a glyph for his followers to crack on twitter, revealing clues in which the “ataleoftworichards” site was discovered by users.

This does indeed seem like we will finally be getting a Tales of Graces translated release in the west and considering all of the demand for the title, this could be spectacular news for all Tales fans. While we all can drool at the thought, I would definitely say STAY TUNED for more developments as I am thinking a reveal is right around the corner IF all this pans out the way fans are hoping. I will also advise to follow Rich on his twitter as new information may be popping up anytime and when it comes to a title as demanded as Tales of Graces, this could very well be the answer to millions of fans prayers.

Yoostar 2 ‘Acting With The Stars’ Contest until 26th July 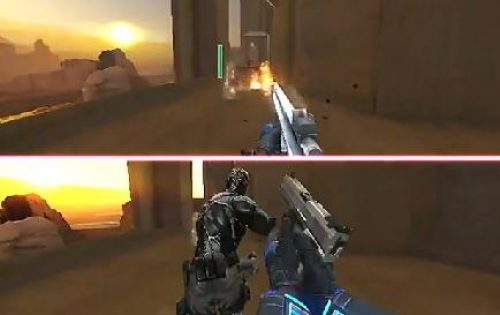