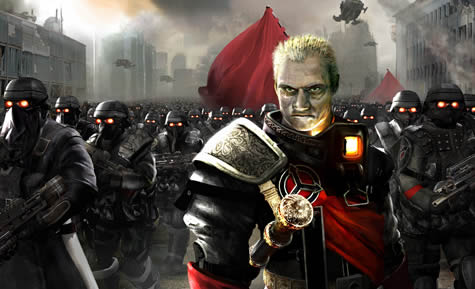 It’s hard for a FPS to truly give a memorable storyline. Some games go for controversy so they are easily remembered, others simply put together a workable storyline so they can get on with the multiplayer. But then we have games like Killzone 3, where from the looks of the newest trailer, story will take a step to the forefront.

The newest trailer for Killzone 3 outlines the struggles that being in a war with the Helghast involves, and the fact that there may be a civil war brewing within the Helghast themselves. I don’t believe I’ve seen a video game teaser that brings the drama as hard as this one does; considering you could liken it to a movie trailer. The two leaders we see arguing from the Helghast are Malcom Mcdowell who takes the role of the Stahl Arms CEO and Ray Winstone who is the Heglhast Admiral. But don’t take my words for it take a look at the trailer below.