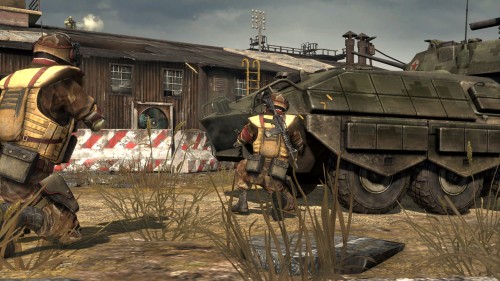 Homefront’s multiplayer is something that really needs to be played in order to fully appreciate Kaos Studios’ work. They have actually built-on and improved on first person shooter multiplayer, with many new features and game mechanics which definitely makes this game stick out amongst the crowd in a good way. The year is 2027 and America is conquered and under occupation by the unified North and South Korea, the Greater Korean Republic. Multiplayer puts you into the shoes of the American Resistance or as a Korean soldier in large scale warfare. Yes that’s right ‘large scale’ no corridor shooting here, the emphasis here is on putting player into battle in large environments which adds to the scale and scope of the game. 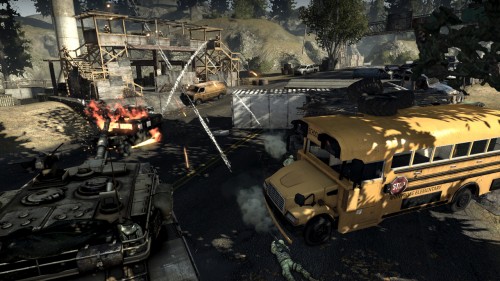 Maps in this game sort of play out like three smaller maps combined together, in “Ground Control” where both sides attempt to take and hold three locations on the maps which gains points for their side À la “Call Of Duty domination”. However once a side completes this task, the map opens up with more points to hold depending on who won. This means that players aren’t playing through the same map 15 or 20 minutes in, as the map dynamically changes based on actions within the game. Playing on an Xbox 360, I have to mention the Xbox exclusive map “Suburbs” because it plays great and is notably an infantry only map, but that’s fine as is it’s smaller but provides more compact and intense fire fights. Whilst it may not be as team focused as Battlefield games, Homefront multiplayer works better when you’re playing alongside your team.

Alongside industry standard player ranking system and classes, Homefront Multiplayer is constantly changing and evolving thank to its unique Battle Points system (BP). An in game currency system in which players are reward BP by killing enemies, headshots, assists, destroying vehicles etc. These points can then be spent on special weapons such as rocket launches, vehicles, drones and a number of things that can benefit the entire team.  BPs can be spent at anytime in a match, players can choose to spend them early giving your team a possible advantage or can be saved up to buy something big like a tank or an Apache Helicopter. 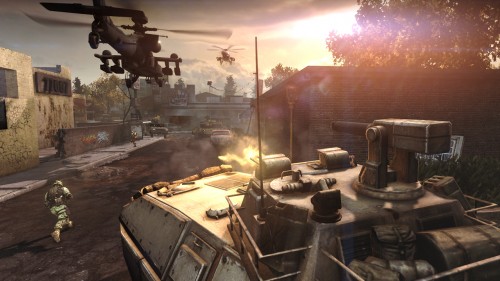 This gives the game gradual progression, as a match might first start out small with players just trying to capture objectives but in later parts of a match, it will get very intense with just about everyone in a tank, helicopter or APC . Not only this, each side has their own A.I controlled Battle Commander who automatically assigns players “high priory enemy targets”, these targets are basically anyone who is on a killstreak, the Battle Commander places a large bounty of BPs on them and notifies a certain number of players on their position in the form of a radius of their general location on the minimap. Campers be warned as a “high priories target” the more kills you make, the larger the bounty on your head will become and more enemy will be notified and be sent in to kill you. Clearly you know you are dominating after the entire enemy team has been notified and sent in to kill you. 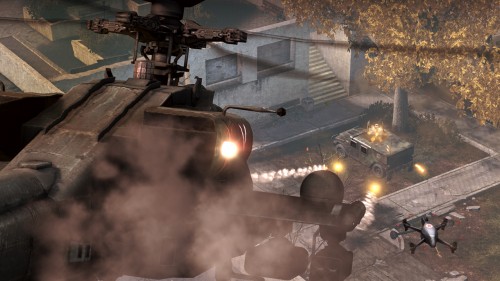 Good news for Australian gamers, Homefront will have dedicated servers for multiplayer. Based in Sydney, these severs will be live at launch to ensure that gamers will have the best possible lag-free experience. Homefront’s multiplayer is definitely a strong point and I’ll go so far to say that it lives up to the hype, combining unique game mechanics, gameplay that changes and evolves over time in a match and large scale environments.  Now we just have to wait and see how Homefront’s campaign will fare.

The War of the Worlds out now on XBLA