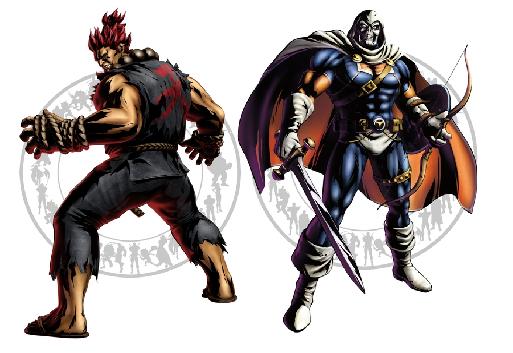 Continuing with our coverage for Marvel vs Capcom 3: Fate of Two Worlds comes more news about new character reveals. This week Capcom revealed that Akuma from the Street Fighter series as well as the villainous Taskmaster from the Marvel universe. This news is especially exciting as I felt the game could use some more villains and while I think everybody expected Akuma, both should be heavily popular among fans of the series.

Of course with all this news is yet a bunch more screenshots (which you can check out below) as well as two more character introduction videos. I am literally boiling over just waiting to get my hands on this game, as I am sure many of you are as well but the wait to “be taken for a ride” will soon be over when Marvel vs Capcom 3 hits stores on February 15th. Check out the new clips and imagery below and in the comments section, let us know which characters you will be battling it out with once the game releases.

While these character reveals may be soon coming to an end, stay tuned as I have a feeling Capcom will be releasing even more information over the coming weeks.