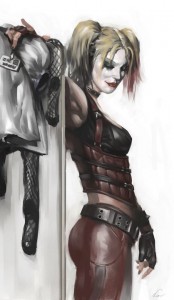 The New Year has just began. And yet, it seems as though many would like the year to be nearly over.  Some of the biggest and best games of the year are scheduled for a late 2011 release.  Batman Arkham City is just one of those games.  To ease the pain of patience, Rocksteady has released some concept art for the new Batman game. If you have not played Batman Arkham Asylum yet, then we strongly suggest you do so. Right now, it is only between $20-$25 at many United States retailers.  Not only do you get to sneak around the Asylum, but you also get to use the Bat’s fists.  The price of admission is worth it.