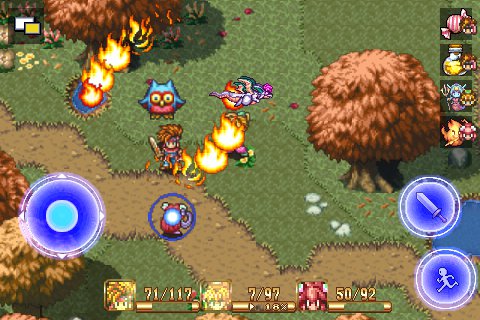 Hey everyone guess what? Perhaps one of the greatest RPGs to ever grace the SNES will now be available on your iDevices tonight. Yep that is right, Square Enix has revealed that Secret of Mana will be able to be released within its 2010 window, and even better it is tonight. The proof of this fact is already available as the Secret of Mana is already available in the New Zealand App Store for $12.99NZ. What this means is that within a couple of hours we can expect a release in the US App Store as well for an expected price of $8.99. 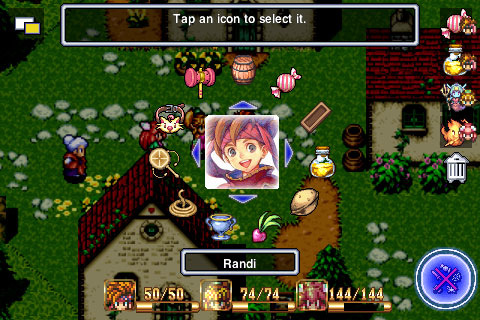 Above you can see a screenshot for the game itself which looks like it will retain its original graphics with a few additions of course to go along with the new touch screen controls that have been obviously implemented into the series. These controls already look quite similar to your standard RPG touch controls but we cannot guess yet as to how they will handle.