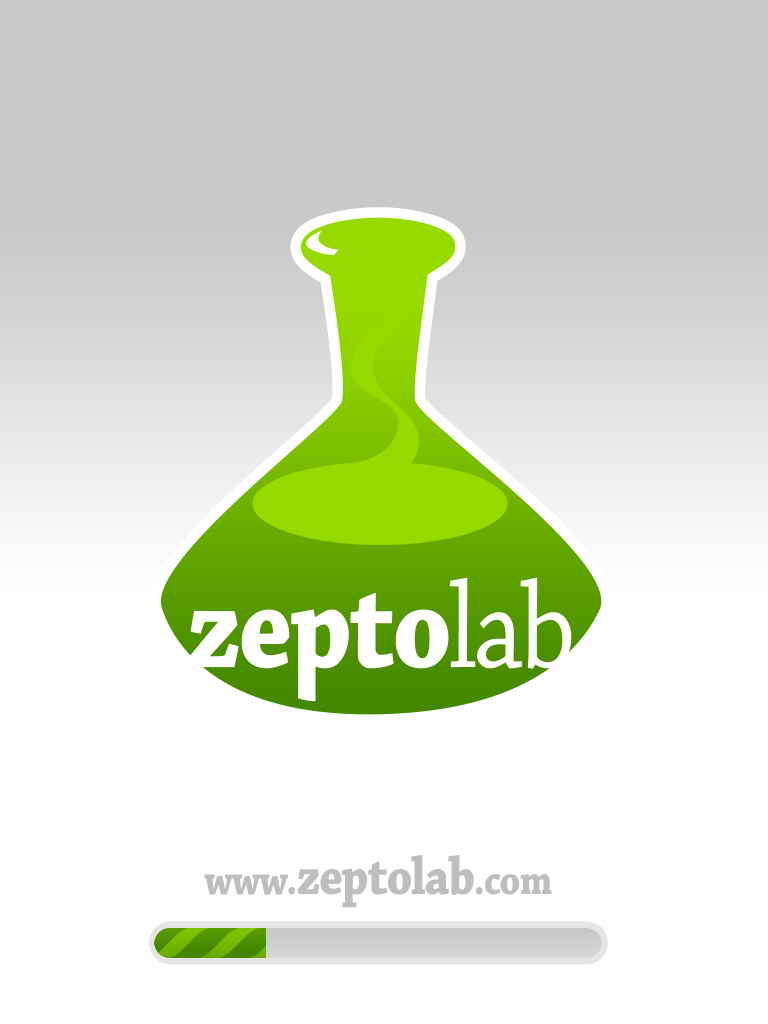 Buy ‘Cut the Rope’ for iPhone and iPad.

See our review for ‘Cut the Rope’ here.

You like candy. I like candy. We all like candy.  So why not make a game about eating candy? That is one brilliant idea!  And so the talented folks at Zeptolab made this game called ‘Cut the Rope.’ But I will let them tell the rest of the story. 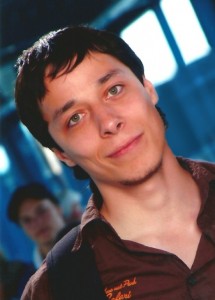 1. How did you get the idea for such an original creation?

The very beginning of Cut The Rope really comes from our first iOS game we developed, Parachute Ninja. When we were creating different mechanics for the game, we experimented with a rope mechanic. It wasn’t right for Parachute Ninja, but for our next game we decided to build on that mechanics system.

From there the ideas grew and you really have to address everything. We wanted to know what each level objective would be. How fast would the rope swing? Should we have characters in this game or develop it as a straight puzzler? Ultimately we’re happy with what we decided and I think quite a lot of people love Om Nom, the little green monster.

2. Will ‘Cut the Rope’ be available for other platforms?

We are planning to release the game on the Android platform, and we’ll definitely be learning about what’s possible for other platforms.

3. How do you decide and/or create each level? Is it a team or individual effort?

We have a talented level designer in our team, but many of our team members are also involved in creating the levels as we try to get as many cool ideas as possible.

Just like Om Nom, we do! Chocolate ones especially.

5.  What was the hardest part about making ‘Cut the Rope’?

The challenge was really fine-tuning Cut The Rope to be a very smooth and very polished game. There are a lot of games on the App Store, so it’s not that easy to make something that stands out from the crowd. Our goal was to make sure everything in this game was just right. From the music to the look and feel of the game. We created the game engine from scratch because really nothing else would do what we wanted to do. 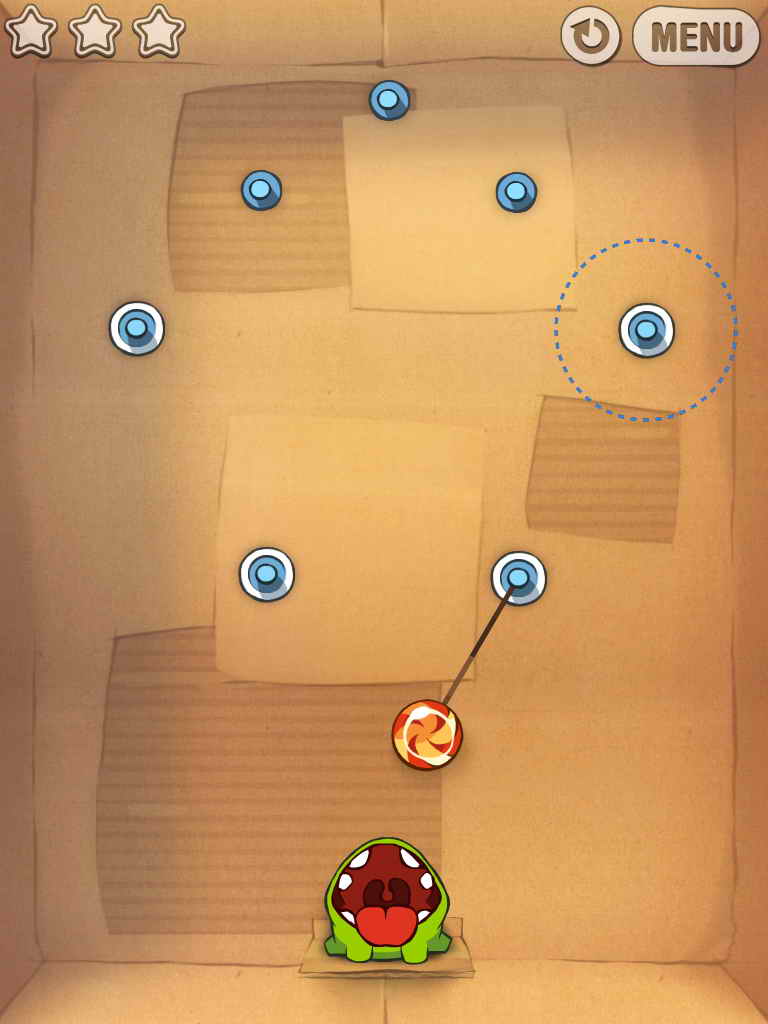 6.  What is your favorite level in the game?

The first one! It shows the essentials of the game really well.

7.  Is there anything you would have changed in the game, now that it is out?

We are eager to bring even more content and variety to the game, and the great thing about the AppStore is that we can easily do it with the updates, long after the game has been released.

8. Besides the 1.1 update, are there any more awesome announcements regarding the game?

Yes! You may have noticed that just recently we released Cut The Rope: Holiday Gift. This is a free, standalone version of the game. It features 25 new levels and we’re hoping new and existing fans will enjoy it. We wanted to create this and gift it to our fans as a thank you. Thank you so much for your support and for supporting Om Nom!

9. How many candies can an Om Nom eat?

In total? Probably well over 1000. In one sitting.

It really was something that stemmed from our last game and had a very organic growth. 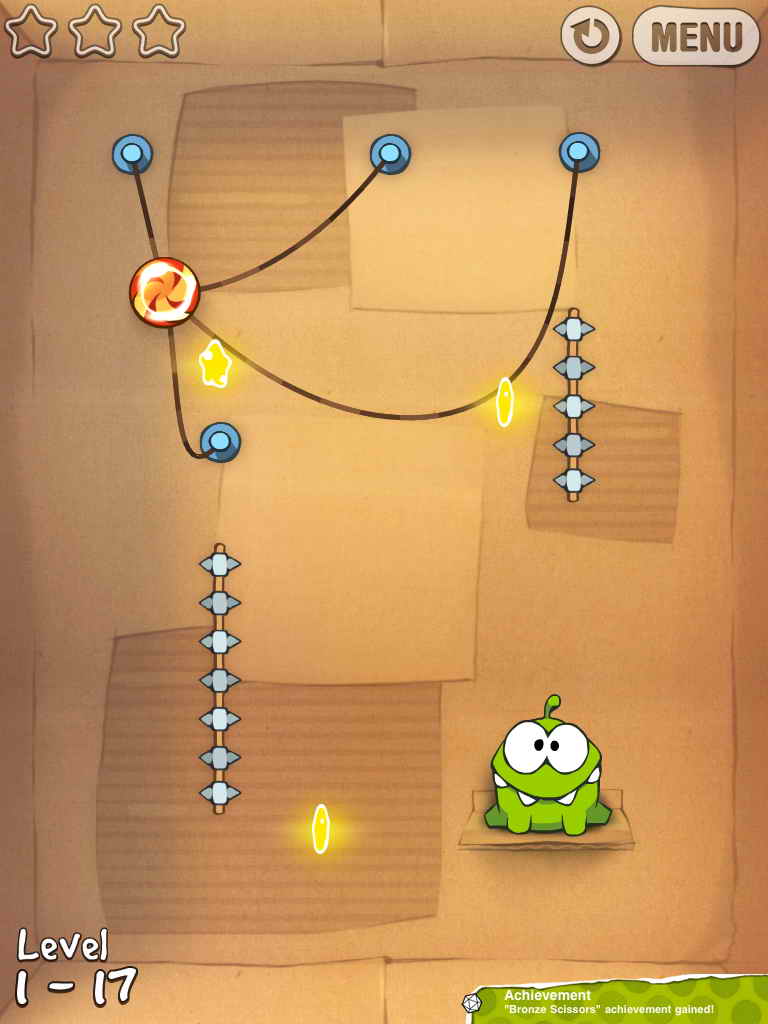 11.  Why is Zeptolab call Zeptolab?

“Zepto” – is a prefix in the metric system denoting a factor of 10−21, so it’s basically something pretty small – just like our team. “Lab” – comes from the fact that we like to experiment with the different game mechanics, styles, etc.

12.  Have you found every secret there is to be found in the game?

As developers, we surely know about every aspect of our games. For example, if you’ll shake your device in the main menu of “Cut the Rope: Holiday Gift”, something cool will happen.

13. What other games does the team at Zeptolab like?

We are very impressed with the “Infinity Blade” recent release. I personally think that this is one of the best games for the iOS platform. Also, Geared 2 is a very nice sequel to the famous original game.

14.  Are there any other games you are working on?

At the moment, we are working on the new updates for “Cut the Rope”, but there will be definitely more games coming from our studio in 2011. Stay tuned!

Ok, that is the end of the interview.  We would like to extend our sincerest thanks to the fine people at Zeptolab.  We can’t wait for your next game!

Gameloft shows off their stuff