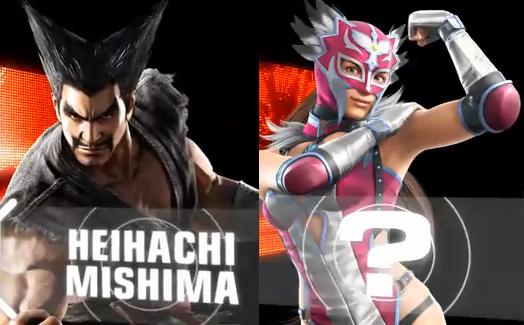 Since the reveal of Tekken Tag Tournament 2 for 2011’s already impressive line-up from Namco, we haven’t really had to much to go on except for a small teaser for the game. Namco have now changed that with a brand new trailer which does a lot more than just tease us this time around as we now have some news about the new characters in the game. No, not a roster reveal. Instead the trailer shows off a younger version of the series mascot, Heihachi Mishima. Besides now sporting a full head of much darker hair, we get to see the young Heihachi put the beat down on some foes.

Another thing the trailer brought was a reveal for a brand new masked female luchadore who’s name is still in question….for now anyway. Tekken Tag Tournament 2 still doesn’t have a worldwide date yet but I would expect it to drop sometime in the 2nd or third quarter 2011 as it hits Japan next Summer. The trailer can be seen below in full and I do warn you, when you finish watching you will probably all be powering up your Playstation 2s to relive some of the greatness that was the original. For even more information, you can follow Katsuhiro Harada on his twitter page for daily updates from the man behind the madness.