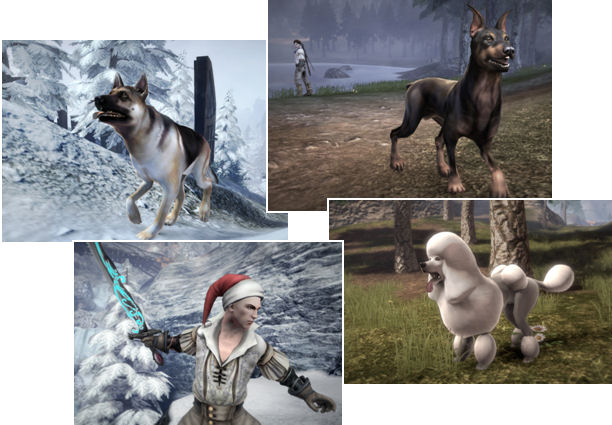 Fable III may have come out over a month ago but that doesn’t mean that thousands of people are still loving the newest installment to the series and have been anxiously waiting more additions to the world. These same people may have been a bit disappointed that there was no way to change the way your dog looked other than your morality meter. However that is all about to change as Lionhead has released a new Dog Breed Pack that will cost 240 MSP. The pack will come with three different dogs that you can have with you. Two of the dogs are your standard guard dogs and will definitely be vicious in a fight as they are a German Shepard and Doberman Pinscher. The last dog added however is a Poodle…. very tough man there.

But that isn’t all. In the spirit of giving Lionhead has also released a bit of free DLC to go along with the Dog Pack. There isn’t too much to this one other than a free Santa hat of course. Titled the Free Yule Hat, it gives your hero a chance to run around as if he/she were Santa Claus and you were delivering magic fireball presents to everyone. You can download the free hat here.