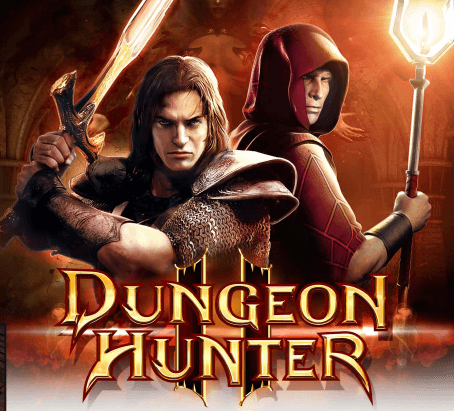 Today I had the pleasure of sitting down and testing a close to final beta build of the long awaited sequel to Gameloft’s hack and slash Diablo style RPG : Dungeon Hunter.  Dungeon Hunter 2 takes place 25 years after the events of the first Dungeon Hunter.  You take on the role of one of the Immortal king’s twin sons and embark on a journey that has you escaping from prison and then traveling across the realm of Gothicus to save everything that needs to be saved.

Dungeon Hunter 2 has received quite a few updates from the original release – for starters Gameloft have ramped up the graphical aspect of the game.   Taking advantage of the iPhone 4 retina display, images appear vibrant, sharper and much more detailed, take for example the first level (Prison Break) the ground looks absolutely stunning making you feel guilty that you’re walking around with those dirty boots on messing up the place.  Along with that the lighting effects when casting spells have vastly improved from the original.  You also start off with your little lightening fairy Celest who can hurl lightning bolts at enemies which also look quite impressive when called to aid in battle. 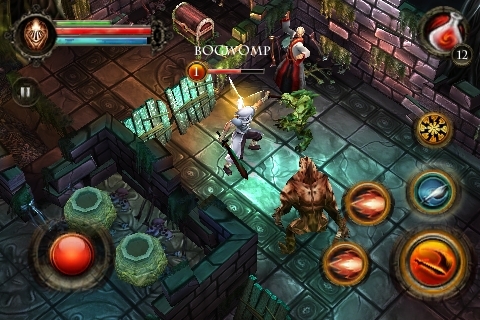 Your main character has also undergone a fairly decent transformation not just graphically but also in terms of character progression within the game.  This time around you can level up your character up to level 100 compared to only level 50 in the original game.  Unfortunately no new classes have been introduced into the game.  The same three classes are still available which are : The Mighty Warrior, Rouge and Mage.  What Gameloft have added to spice up player choices is a specialization class within the main class once you reach level 12.  Take for example the Rouge once you reach level 12 you have the option to branch off and choose between taking the path of an archer or an assassin with whatever decision you make unlocking a new set of skills to allocate points to making you stronger and more deadlier as you progress further into the game.  ( A total of 16 skills are available to each character – 8 for main class and 8 for specialty class both with 4 active and 4 passive skills to choose from)

The Warrior has the option to move into and become a Berzerker or a holy Crusader, Being a Berzerker allows him to pull off powerful offensive manoeuvres or you take the path of the Crusader where you’ll be granted a fine mix of both offensive and defensive style abilities.  Last but not least the Mage who always starts off as the weakest but if used wisely can be one of the most deadliest characters in the game will have the ability to branch off into an illusionist or a spellcaster.  Great thing about these classes and new subclasses is that it provides players with a lot of replayability as they can try out what each of the subclasses are like combined with the 16 available skills to choose from. 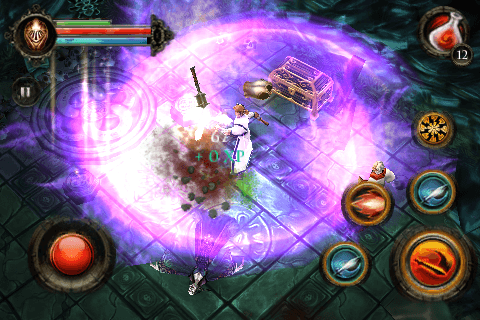 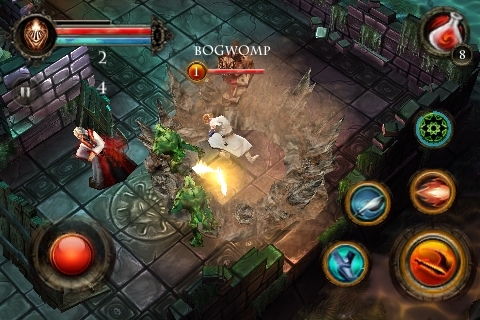 The menu system hasn’t changed very much from the original making it very easy to navigate through the stats, inventory, skill, fairy, quest tabs without any problems.  Newcomers might find it a little daunting at first due to so many different things you can choose from. Currently the preview code didn’t have a tutorial explaining what each tab does as it did in the original game (we only hope this is added in the final build).  A welcomed and much sort after feature that is needed in every RPG is the introduction of the game world map.  Dungeon Hunter 2 is approx. 5 times bigger than the original game allowing you to run off in any direction to explore, kill  monsters, visit more areas and visit on more side quests.  The map will be a great friend to have with you as you embark on this grand adventure.

One of the biggest draw cards in Dungeon Hunter 2 is the addition of the four player online, wireless or Bluetooth multiplayer co-op.  Playing online you can invite your friends through Gameloft Live or via Game Center  (unfortunately testing multiplayer on the beta build only allowed us to reach the lobby of the hosted game but then didn’t work so I wasn’t able to fully test it out ) 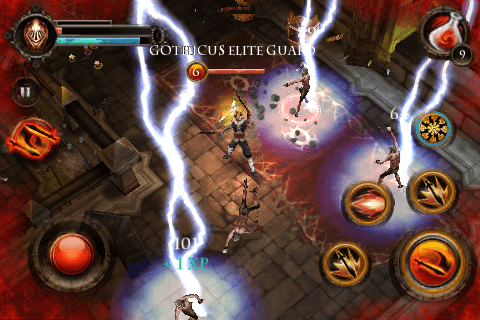 In theory Multiplayer will allow you to either host a game allowing you to begin from any section of main quest that you have already reached and invite your friends in to help you, or join their game and do the same thing.  What we have to assume is that you will be able to bring your own character from your single player adventure online where you will hopefully be able to gain experience and collect loot in which you will be able to take back with you and use in your own single player adventure.  At this moment in time we won’t be able to find out if there will be any level restrictions when joining a online party.  Implementing such a rule will allow for example players with only a 5 level difference to party up together (eg highest level character in group is level 15 meaning you must be min level 10 to join in).  Anyone too low will not be allowed to join till they are within level restriction.  This will ensure that lower level characters don’t level boost and gain large amount of XP in a matter of hours. 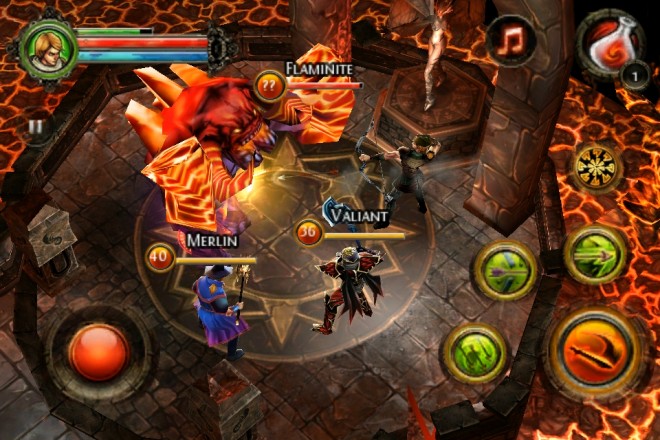 Once the full release of Dungeon Hunter 2 is released we’ll be able to provide you with further details on how multiplayer works.  For now Gameloft have done an amazing job with opening up the game and allowing more freedom to explore without having to be cooped up in a linear world that was the original Dungeon Hunter.  If you’re a true fan of the action RPG – hack and slash style games Dungeon Hunter 2 looks like the best option and a must buy for your iPhone.  Keep an eye out for it to hit the iTunes store before Christmas. 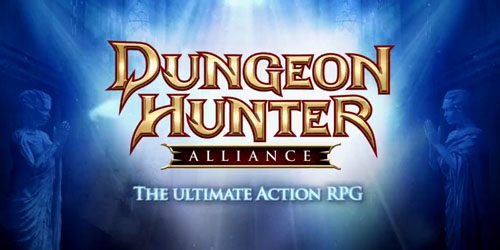