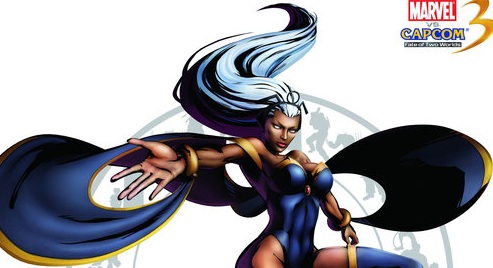 Capcom keeps buffing up the roster of fighters that will be available in Marvel vs. Capcom 3: Fate of Two Worlds and they have added in another two fighters, one from each world.  From the Marvel side of things we are seeing yet another X-Men joining with classic team member Storm. But that isn’t all, Capcom is bringing in a Street Fighter to counter the forces of nature in the form of Crimson Viper.

That brings the current number of selectable fighters to 32. It will be interesting to see who else will be revealed as the game grows closer to it’s release date of February 15th of next year. As per standard they have also released videos which feature both Storm and Crimson Viper performing various attacks and special moves to get us even more excited about a game we have been ecstatic about for months.