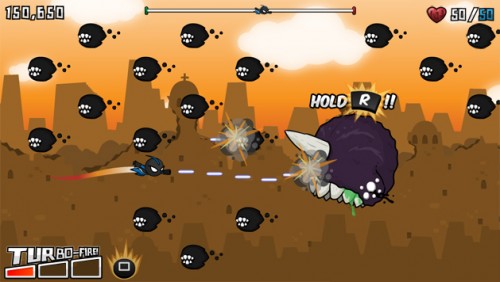 Who’s That Flying?!, the newest game from Mediatonic, will release on November 16, 2010.  November 16 will present some tough choices.  Skulk around in period costume with hidden knives?  Catch criminals in the latest cop super cars? Use a hyper powered lazer arm to save the citizens of Earth?  After a freakin’ delay, WTF will be priced at 5.99.   Get it on a the mini side of the PSP and PS3 on November 17, 2010 in Europe.

Paul Croft, head of games, Mediatonic states, “Who’s That Flying!? had suffered an unforeseen delay thanks to interference from the Doom Beasts, which hampered compatibility in some extremely rare cases when playing on the PS3. We wanted to take the time to rectify this to make sure that all players had the same (hopefully awesome) experience regardless of their setup.”