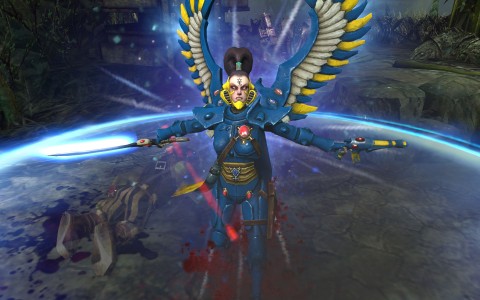 Relic have detailed two large announcements for their upcoming Warhammer game, Dawn of War II: Retribution. Players have high hopes for this strategy game, and these two big announcements give great insight in some of the new features integrated into the game.

The first of which Relic have detailed, is the new character line-up and a brief look at their background. The new characters which you will see more of as you embark on the campaign are Kayleth, Ronahn, Veldoran and Elenwe. These campaign heroes are from a particular faction known as the Eldars, an ancient race of aliens whose soldiers spend lifetimes mastering their path in warfare. Prophecy guides the Eldar Campaign in Dawn of War II: Retribution.  Opening the campaign is Kayleth on a mission to reach a human, a “Scion of the Emperor”, before the Ork savages that are patrolling the area.  The Ork Freebooters are getting in the way of their mission, and must be dealt with.

The second of the announcements was the reveal of a brand new unit of the Eldar clan, the ‘Autarch’. Accompanying the annoucement was this small stats page:

Abilities:
Fleet of Foot – Greatly increases the unit’s speed but reduces the Autarch’s damage output for the duration of the ability.

Leap – Soar through the air and land at the targeted location. Upon landing the Autarch increases the speed, damage, health and of nearby infantry units.

Skyleap – The Autarch jumps high into the atmosphere, returning to the global ability bar to be called in for a reduced cost.

Both of the reveals can be viewed in more depth on the official blog site for the game: http://community.dawnofwar2.com/home

Let us hope it lives up to our expectations when it releases on PC next March. 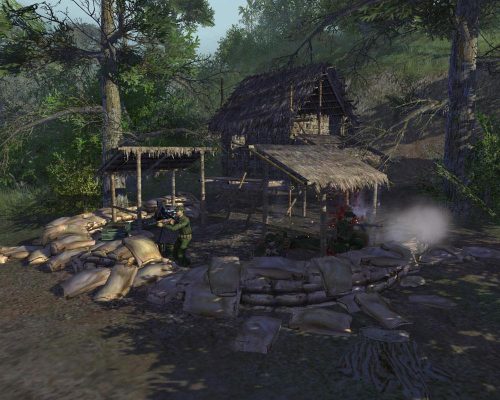