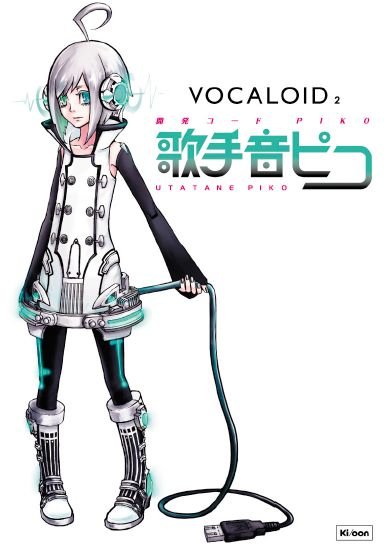 In Japan, Vocaloids are very hot commodities. There is a large marketbase with fans that spend days creating original music pieces using these various characters that companies are selling. Usually the Vocaloid market grows slowly with a new addition every year, but now Sony is stepping up their game and bringing out a new Vocaloid set to be released on December 8th.

Sony’s new Vocaloid will be named Utatane Piko and character basis will be seen above. Though there will not actually be a physical character as Vocaloids are synthetic singers. This will also be Sony’s first venture into creating their own Vocaloid so it will be interesting to see how they stand up against the power houses of that industry Crypton and PowerFX.

Utatane Piko will be based off of a singer named Piko on Nico Nico Douga and will be able to sing in the same range as a young boy would, similar to that of Kagamine Len. We do not know however if he will be able to sing in English however yet, though this is likely as previous releases such as Lily and Megurine Luka have had this ability. Nico Nico Douga for those that do not know is similar to a Japanese youtube. If their market takes off, will Sony attempt an international release? Maybe not, but none of the other companies which design these song synthesizers have ever had quite as much money as Sony does so time will tell. You may pre-order Utatane Piko at Sony’s Music Shop now but it may be only for Japanese users.