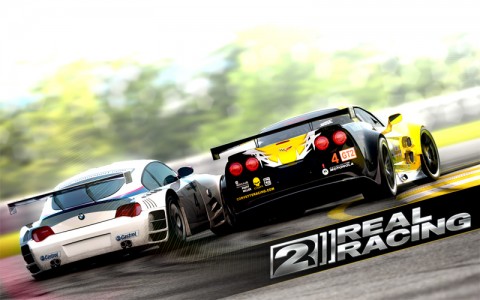 Upon the success of Real Racing, the developer has announced the sequel of its popular car racing game on the 11th of November, 2010. The peoples at Firemint’s office are working as hard as they can to release the game as they have promised to bring this out by Christmas this year. The game will be available for iPhone and iPod Touch, and the game will grant one of the most wanted requests by real racing fans around the world. The sequel will feature real cars, starring 2010 Chevrolet Corvette C6.R, 2006 BMW Z4 M Coupe Race Car, 2010 Ford Shelby Mustang GT5000, 2010 #33 Jaguar RSR XKR GT, and 2010 Nissan GT-R (R35). They are not done yet though, so more cars will be announced later. Also, there will be at least 10 hours of gameplay, with some very extensive career mode and car customization.

Now, sit back and enjoy the preview video that was just released hours ago.