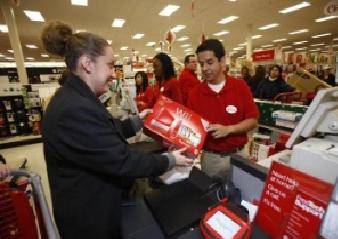 When it came to video games on the year’s Black Friday, it seems Nintendo might be the dominating brand yet again. According to Nintendo’s sales estimates, the company sold 900,000 DS/DSi units & 600,000 Nintendo Wiis between Sunday, Nov. 21, and Saturday, Nov. 27. These are incredibly high numbers for a holiday and one can assume that the new Red DSiXL & Red Wii as well as the new green and orange DSi bundles were responsible for such high numbers.

It should also be noted that this is the first holiday since the launch of the black Wii and DSiXL to start with, so it looks like many were waiting for the appropriate time to make the upgrade. This should also quiet rumors that Nintendo has hit a slump as of late sales wise. I am really curious now more than ever of how many Xbox 360 units with the Kinect were sold as many are predicting dominance from Microsoft for this year’s holiday sales so that will be a report to watch out for.