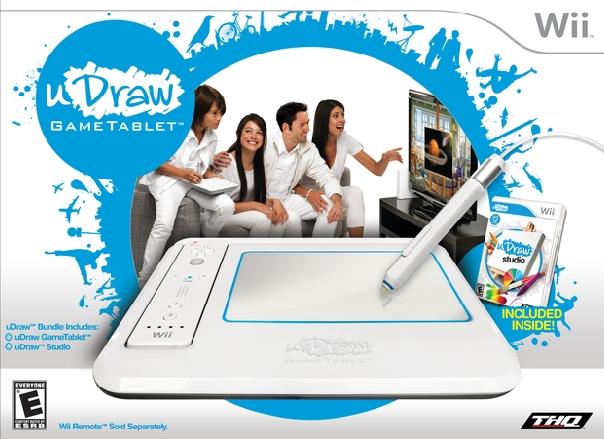 After just being announced in August, THQ are ready to release their new uDraw Game Tablet which will be in stores everywhere on November 14th. The new Wii exclusive accessory will launch with two separate titles, Pictionary and Dood’s Big Adventure on the same day.

The uDraw GameTablet will launch bundled with an expansive drawing, coloring and art-based video game, uDraw Studio, for a suggested retail price of $69.99. In addition to uDraw Studio, two other video games designed for use with the uDraw GameTablet – Pictionary and Dood’s Big Adventure™ – are scheduled to hit store shelves on the same day for a suggested retail price of $29.99 each. Future waves of video game titles are planned during calendar 2011 and beyond.

I am ready to check this out myself as the idea of a digital tablet for the Wii is great. You can check out more details on the uDraw Tablet in our preview HERE.  THQ have also went social with the uDraw and you can follow the news and chat with other fans of  the hot new accessory and games at the following links: