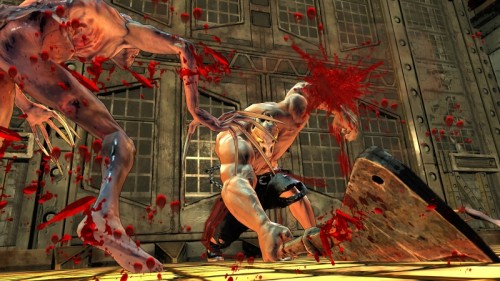 What will you be listening to as you tear apart your enemies and beat them to death with their own arms? A killer metal soundtrack featuring a large amount of metal songs that will definitely fit the murderous atmosphere of the game, as we hear songs from 5 Finger Death Punch, Mastadon, Wolfshirt and many more.

Many of these bands may not be very recognizable, the only reason I know about Mastadon is from Brutal Legend, and 5 Finger Death Punch from a free concert they played in the area last year, but their songs will be playing as blood flies November 23rd when the game hits the PS3 and Xbox 360.

Catch the full soundtrack below: