Sonic’s Latest instalment will be converting back to the old days of 2D action and platforming, which will be dropping this month after a delay. The game will be available on Xbox 360, PS3, Wii and ITunes. After quite a few 3D disasters in the franchise, this retro step could be just what the hedgehog needs.

If you’re a forgiving fan and look forward to Sonic’s re-entry, you can download him as follows:

As for the ITunes Store pricing, details are yet to be revealed, however it’ll be available at the earlier stage of October the 7th. SEGA may be asking a little too much for this initial episode of the game, but later releases might be cheaper. Hopefully Sonic’s new direction gives the much loved character what he deserves, a great game! It’ll be interesting to find out. Will you be buying Sonic’s new game? 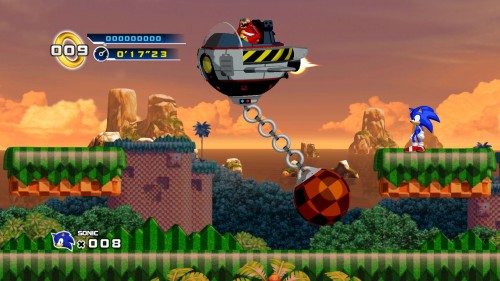