I have always loved racing games, but they have become so realistic lately that, well, it takes the fun out of it!  Why can’t you go fast without flying off the track?  SBK X is a new motorbike racing game coming out soon, and one that I am a little more excited than most.  Why?  Because they are going to have a mode that allows you to just have FUN racing again! 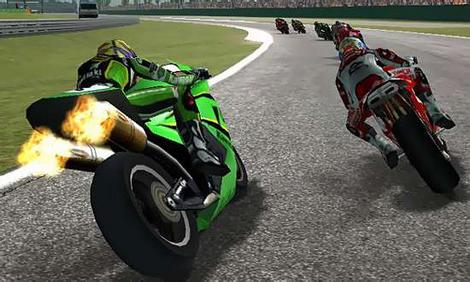 Arcade is a customizable mode that will allow you to race how you want to.  There are several different options, including an arcade-only Story Mode feature.  You’ll compete in races to move up to the next level of course, but each time you have two options:  to continue the easy route or the hard route.  I like this option because there are some days that you just want to have fun playing your game, while other days you are looking for a challenge.  Halo: Reach multiplayer? Challenge.  Fable II?  Fun!

Story Mode will also still have the ability to customize your character.  In normal racing games this doesn’t matter since you never really see your character (I just completely realized how weird it was to be a car instead of a character of some kind), but you will be staring at your back the entire race, so why not customize him/her?  I guess unless you are one of those strange beings that like playing in first person.

Moving on though, in Arcade mode, the physics have been altered some to allow you to hit maximum speed without becoming unstable.  Of course, that doesn’t mean to say that physics won’t exist at all – you still have the ability to wipe out.   There is something enticing about going as fast as possible though…