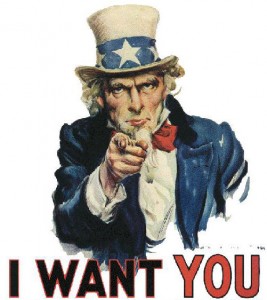 SO, I’ve been thinking.  I’m a big fan of “community” events, interacting with other people (in this case, you, the viewer).  Having previously been a moderator for Capcom’s website, Capcom-Unity.com, I picked up the interest.  I’m also a big fan of streaming games, something which I feel people don’t do often enough.  I previously streamed Sengoku Basara before it even hit the shelves, and got a pretty good reception.  I even put up a link to other forums to get more attention and had people coming into the stream chat asking questions/requests to see characters/levels.  In short, it was a lot of fun and so it got me thinking.  I have the capture stuff required (obviously) and I play games on a regular basis, so why the hell not just stream as I regularly play whatever it is I play, it provides no hindrance to me and it might entertain some of you in the process.

My games collection is pretty decent (and is always growing).  I know our readerbase is still somewhat small, but I also know that there are a handful of you out there who do come here and so, this is for you, but it will require a small bit of effort/participation on your part if it’s going to succeed.  I’m going to list all of my games in the hopes that you will comment here, saying which ones you want to see streamed.  If I actually get responses, I’ll do it!  If I get a decent turnout, maybe I’ll make this a daily/weekly thing, as long as there are people who want to see this done.

So!  Heres the list, comment here if there’s one in particular you wanna see.  I’ll make a follow up article, if/when I see some requests, detailing when I’ll do the streams.

I’ll list digital games if people truly want me to, but for now, that’s more than enough to choose from.  Like I said, if this gets a good response and people genuinely want to see this done, then I’ll do it as often as I can.  If not, however, I will still likely stream, only it will just be whatever I feel like.  So either way, streaming will happen, your involvement determines what will be streamed and how often.  For now I’m going to be streaming my favorite FF game, Final Fantasy XII (I know it’s a love/hate game with the fanbase, but I LOVE it), though I will likely get bored quickly and move on to something else.  If you catch me streaming right now and want to see a particular game, pop into the stream chat and tell me!

Edit: That was quick, got bored, on to Assassins Creed II!