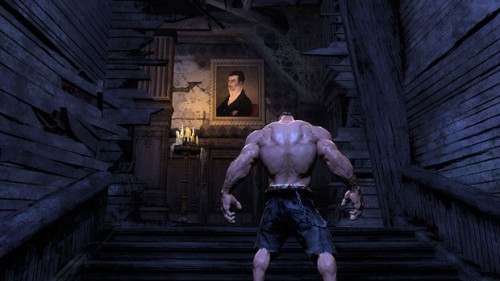 There is more to Splatterhouse than just a whole bunch of blood and everything else contained within a living, or unliving body. But what lies underneath all of that splatter? Well a normal house that is, and most likely tons of other places. Ironically this is the first time that there hasn’t been a screenshot that is full of blood or a gore covered protagonist.

Catch the screenshots below, and marvel at the fact that Rick can appear with a whole body, and wonder who that picture could be of. Though we will find out November 23rd when it hits the PS3 and 360.

Shinobido, Ridge Racer and Touch My Katamari will be launch titles for PlayStation Vita in West