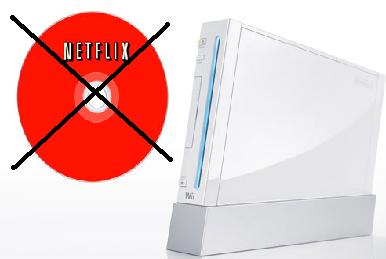 As soon as I heard the news about Netflix coming to the Nintendo Wii, I requested a disc on day one. To my surprise the quality of service was excellent and the Wii-Mote made streaming Netflix fast and as easy as ever before. There was only one problem, getting the disc. I had to request it many times before it actually came and then when it did, the slipcover it originally came with didn’t protect it as well, so my time was very limited with Wii Netflix. I really don’t blame either party, but getting anything by mail seems to be a mixed bag these days. Nintendo have now delivered news on this though and are making the service a download for Free from the WiiShop! Here is the official announcement below:

Beginning today, Netflix members in the United States and Canada can stream content through their Wii™ consoles with Netflix installed on their Wii Menu. The Netflix disc that was used for instant streaming on the Wii console will no longer be required. Netflix members who have a plan starting at $8.99 a month ($7.99 in Canada), a Wii console and a broadband Internet connection can now instantly watch movies and TV shows streamed directly to their TVs by simply downloading Netflix from the Wii Shop Channel. This new channel is available at no extra cost. The new disc-free option installs Netflix on the Wii Menu, making it convenient for Wii owners to quickly access streaming movies and TV shows.

“At this time of year, consumers have a near-insatiable demand for family entertainment,” said Nintendo of America President Reggie Fils-Aime. “And this simplified Netflix access will help bring families together more quickly, more easily and in more ways than ever before. More than 3 million Wii systems have already connected to Netflix, demonstrating how easy the service is to set up and use.”

“Wii is a consummate home entertainment platform and has quickly become one of the best and most popular ways to enjoy movies streamed from Netflix,” said Reed Hastings, co-founder and CEO of Netflix. “The availability of Netflix right on the Wii Menu adds significantly to the ease and convenience that attracts our members to the Netflix streaming experience and is an important step in our efforts to continuously improve the service.”

Convenience at it’s finest. Broadband internet and a Netflix account is of course required but this is a welcome addition as now the Wii is caught up with the competition on the digital version of Netflix. So get on it and try Disc Free Netflix Wii today! (Had to rhyme that)