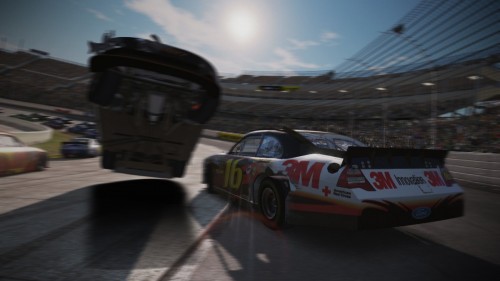 Nascar The Game 2011 has been confirmed for a Febuary 2011 release date for Xbox 360, PS3 and Wii.  Gamers can play as themselves or as a pro driver.  One feature to look out for is that each pro driver will have a unique AI that will replicate their real counterparts.  16 player online multiplayer will be included.  Also included is a recent trend towards combining offline and online experiences.  For example, credits earned offline AND online can be spent on unlockables.  22 real world tracks, multi car wrecks and full car damage may make this the most exciting NASCAR game yet. 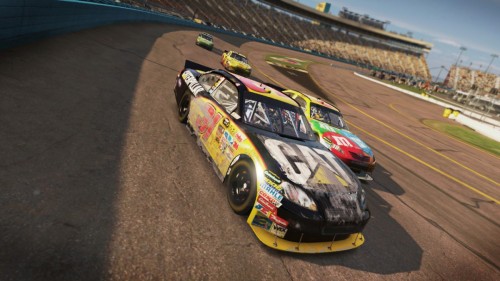 “While NASCAR has enjoyed a rich history in video games, we really wanted to take the next generation of NASCAR games to a new level,” said Blake Davidson, Managing Director of Licensed Products at NASCAR.  “By partnering directly with Eutechnyx, the leading driving game developer in the business, to create NASCAR The Game 2011, we are convinced NASCAR fans and gamers alike will be blown away by the result.  With Activision as the publishing partner, we have the perfect combination to set the bar for all future NASCAR titles.”

“The NASCAR videogame fanbase has been underserved for a long time and we’re bringing them something very special,” says David Oxford, Activision Publishing. Ed Martin, Executive Vice President at Eutechnyx, adds, “It was crucial to take a fresh look at what makes the sport so popular. We’re working very closely with NASCAR, the drivers, the teams, the tracks and the sponsors to get all the minute details right, and give this game the polish and push the fans deserve.”