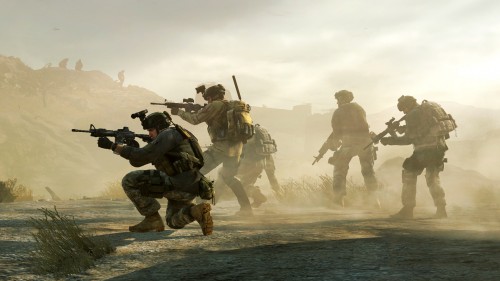 EA has announced today that Medal of Honor has broken the franchise record for pre-orders. This is great news for the series as it is seeing an entire redesign from the ground up. There are no official figures yet so we will have to be taking EA at their word on this one. But the fact of the matter is that with the entire new feel and look of the series, people are excited and it must show in the pre-order figures.

Of course with the game coming out in a little over two weeks on October 12th they are also allowing players to get access to the Open Beta of the game on the PC. The beta won’t be open until October 4th, but you can download it October 1st to help alleviate the stress on their servers and make your speed go a bit quicker. But keep in mind that you will only have until the end of the day on October 7th to experience the beta.