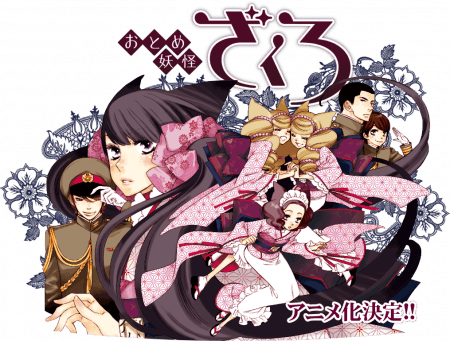 It is quite often that we see an Anime that deals with demons, henceforth to be called youkai for integrity sake, and humans living side by side with eachother and trying to coexist. Though here we have a bit of a twist in the average youkai to human interaction. The twist is that opposed to younger characters, we are dealing with the middle aged military men of the Japanese Army.

Japan has been consistently westernized during the Meiji era due to needing assistance from the West. They have just adapted the Gregorian Calendar as opposed to their usual Lunar calendar favored by the youkai. Because of this the youkai have started to cause trouble for the humans and make it difficult to live together without there being an all out war. To try and quell the brewing trouble both sides agree to form the “Youjinshou Ministry” which wil allow four female youkai foxes to coexist with three different lieutenants to try and show that the two races can live together in harmony.

With the way that the anime has been portrayed it is obvious that there will be a romantic element mixed in as the fox demons youkai attempt to connect to the human soldiers and the other way around. What I am excited to see is that because this anime is based off of the Otome genre, it will be the female foxes which instead take the lead over their male counterparts. Put it together with the era change and the unique way of trying to ease the tensions and this should be an interesting watch as long as things don’t turn stale fast.