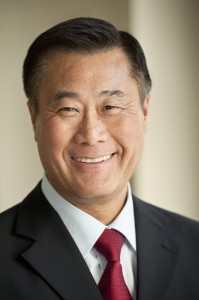 Remember that story about the Supreme Court and violent video games? Senator Yee, who wrote the bill that became the law in the first place, has given his side of the story.

“I am hopeful that the Supreme Court will help give parents a valuable tool to protect children from the harmful effects of excessively violent, interactive video games.  Parents – not retailers or game makers – should be able to decide whether or not their children can play in a world of murder and violence that often degrades women and racial minorities. The video game industry should not be allowed to put their profit margins over the rights of parents and the well-being of children.”

The statement also mentions how “the Supreme Court has often ruled in favor of protecting children and limiting minor’s access, including pornography, gambling, marriage, firearms, jury duty, tobacco, alcohol, voting, abortion, licenses, and the death penalty.”  ‘Cause ya know how kindergartners  are always wanting to get on jury duty and death row?