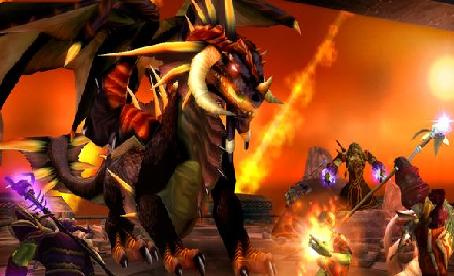 “Cataclysm includes the best content we’ve ever created for World of Warcraft. It’s not just an expansion but a re-creation of much of the original Azeroth, complete with epic new high-level adventures for current players and a redesigned leveling experience for those just starting out,” said Mike Morhaime, CEO and cofounder of Blizzard Entertainment. “With the help of our beta testers we’re putting on the final polish, and we look forward to welcoming gamers around the world to enjoy it in just a couple of months.”

In Cataclysm, the face of Azeroth will be forever altered by the return of the corrupted Dragon Aspect Deathwing. Players will explore once-familiar areas of the world that have now been reshaped by the devastation and filled with new adventures. In an effort to survive the planet-shattering cataclysm, two new playable races – worgen and goblins – will join the struggle between the Alliance and the Horde. As players journey to the new level cap of 85, they’ll discover newly revealed locations, acquire new levels of power and come face to face with Deathwing in a battle to determine the fate of the world.

For those who still can’t wait to December 7th, you still have a chance to get into the closed beta.Visit the official Battle.net website at eu.battle.net to set up a Battle.net account and sign up for a chance to participate. To learn more about World of Warcraft: Cataclysm, visit www.wow-europe.com/cataclysm.