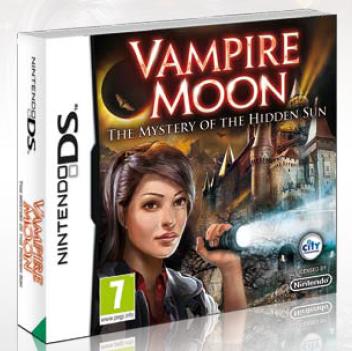 Developer City Interactive have now announced a brand new title that will be releasing soon on the Nintendo DS. Vampire Moon is a new hidden object mystery game that will let players control news reporter Emily Davis as she tries to find out why and inexplicable, ongoing solar eclipse
is plaguing Transylvania. As researchers and other civilians begin to disappear, you must uncover hundreds of skillfully hidden objects and decipher the clues behind the eclipse.

Here is just a little bit of what you can expect to see in Vampire Moon: