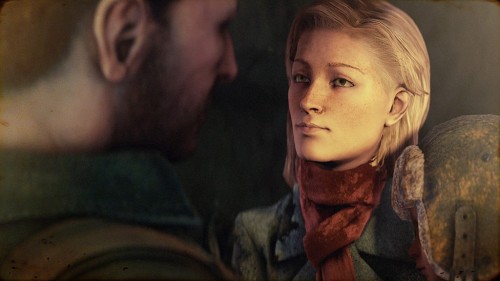 Looks like there may have been a little miscommunication within Insomniac or within Sony because there has been a leak of various artworks and screenshots from an account on Flickr which have been linked to Resistance 3 and is a sneak peak into the game itself. The Flickr user “1337guyzorz2” was the account in which each of the screenshots was located at, but mysteriously now the account is no longer active and said screenshots have been removed from Flickr entirely. Lucky for you though we have them.

We see what appears to be a new protagonist, where the screens are naming him Capelli; otherwise known as Joseph Evan Capelli from the squad in Resistance 2. Plus there may even be the inclusion of Susan Farley, the pseudo-sister of Nathan Hale from Resistance 2. These two characters appear to be possible playable characters; but there has been no official word from Insomniac or Sony, and with the shut down of the Flickr account there is more to this story than meets the eye.