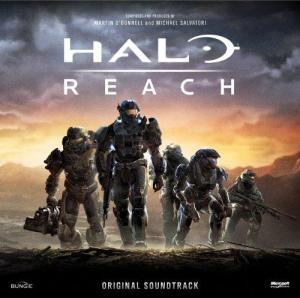 Sumthing Else Music Works, through its licensing relationship with Microsoft Game Studios, proudly presents Halo: Reach Original Soundtrack featuring the original musical score from this year’s most anticipated video game Halo: Reach composed by Martin O’Donnell and Michael Salvatori. Created by acclaimed developer Bungie Studios exclusively on Xbox 360, Halo: Reach is the blockbuster prequel to the best-selling Xbox franchise of all time. The Halo: Reach Original Soundtrack will be available for digital download on Sumthing Digital and iTunes to coincide with the game’s release on September 14th. The 2-disc CD set will be released on September 28th to retail outlets through Sumthing Else Music Works.

“Mike and I are pleased to be able to release the Soundtrack to Reach,” said composer Martin O’Donnell. “We’ve been composing and producing music for Bungie’s Halo universe since 1999 and this soundtrack represents the culmination of our efforts. Once again we were able to work with other composers C Paul Johnson and Stan LePard, along with recording much of this music at Studio X in Seattle with the Northwest Sinfonia and Choir. This is about 2 hours’ worth of music culled from the more than 5 hours of music actually produced for the game itself. We hope everyone enjoys listening.”