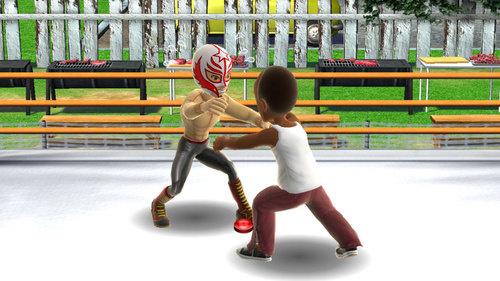 One of the most loved wrestling series is now on it’s way to the 360. At TGS, Microsoft announced the new Xbox 360 Arcade title “Fire Pro-Wrestling” which will be coming to systems in 2011. Go ahead and jump up and rejoice, fellow Fire Pro fans out there. There is a catch though, instead of the classic 2D sprites, players will use avatars which will have unlockable attires and moves as you progress through the game.

I loved the Fire Pro series and it is a franchise that is near and dear to me. I am worried however how the avatars seem unfitting for a Fire Pro title though. Seeing the avatars also made me wonder if the jam packed customization and deep gameplay the series has always been known for will be taking a hit which seems unlikely due to Spike! developing (Seeing certain avatars being in land mine matches would be awesome though). I may sound a bit optimistic which I am a tad but Fire Pro has always been the one series that stuck to the heart and soul of what wrestling games should be and I don’t really care to see an avatar as the mascot for a series that clearly stands on it’s own in gaming history. I do like Microsoft’s avatars though on their own and all I can say at the moment is I will be watching this game closely as more news leaks out as it is still very to soon to tell anything at the moment besides the little bit of news coming out of TGS. As I mentioned, since Spike! is developing this could have potential after all to be Fire Pro-Wrestling’s true step into this generation of gaming.