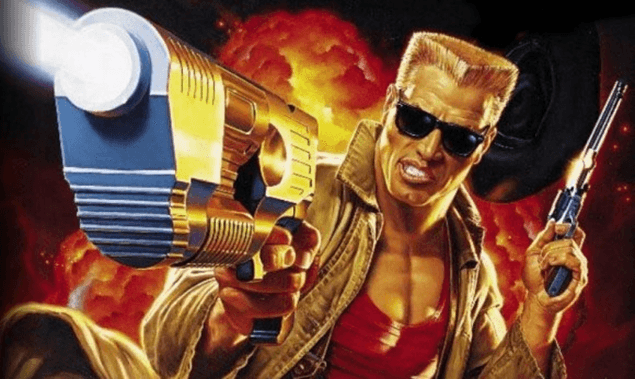 Many of you have probably heard of Duke Nukem Forever and may have even just passed it by as the longest running april fools joke in existence. Well it wasn’t an april fools joke, and instead it was an actual game.

What happened was this:

3dRealms was working on the game, but took way too long on it. Once they didn’t release the game for an excessively long time they were brought to court and legal stuff happened.

The Game then disappeared for a pretty long time, until it resurfaced in a rumor that Gearbox took the title and ran with it. Gearbox (guys who made Borderlands) had been working on it and showed off a playable version at PAX, they also had T-Shirts (yeah, be jealous).

Now that we all know Duke Nukem Forever is again in development and again going to come out, there is more news relating to Duke Nukem. Turns out Gearbox in fact has claimed all rights to Duke Nukem. What exactly does this mean? It means you can expect much more Duke Nukem coming out from Gearbox.

Duke Nukem Fans Rejoice! People who wanted more Borderlands can join me in this corner and sob. Hopefully they have enough members on their team to develop both. We know this 4th DLC was Gearbox’s last for Borderlands, but everyone secretly wished for more.