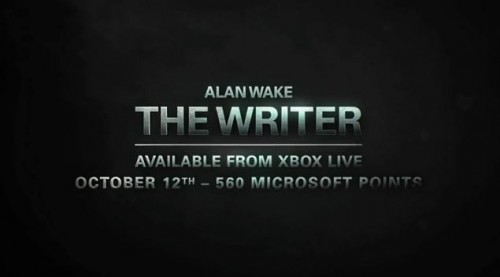 So now that we have had a taste of the first bit of Alan Wake DLC, The Signal, we now have what is being called the final piece of DLC that will be released for the game. Named “The Writer” the trailer states that it will finish the nightmare and end Alan’s journey throughout his nightmarish world and try to survive using various tactics, mostly revolving around his flashlight.

The DLC will cost your pocketbook 560 MSP, which for DLC is not a horrible price considering the usual going rate. In the trailer below courtesy of GameTrailers we see that Alan has gained mastery over the floating words and can use them in combat by causing objects to spring into being for his benefit. An old friend even shows up but in what way he will be in the nightmare is yet to be seen. But we will all find out when “The Writer” hits the XBLM on October 12th bringing even more horror to the month of October.