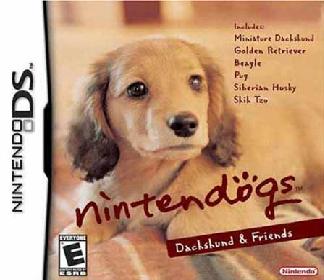 Here’s hoping Jack Thompson won’t be all over this story. According to British tabloid, Daily Mail, 9 year-old Megan Walker was playing her Nintendo DS with Nintendogs in the console when a friend’s dog dragged her off a sofa and bit her mouth until it literally tore off a piece of her lip. It seems to be the dogs barking on the game that triggered the bull mastiff breed dog to attack Megan, or that is what Megan’s grandmother believes.

‘I think this game should carry some kind of warning,’ said the girl’s grandma Jean Taylor.

‘People should be told not to play it when there are dogs in the room. I blame the game for what happened to Megan. If they hadn’t been playing it I don’t think the dog would have gone for her.’

Megan has since had her lip re-attached and the dog was put down shortly after the incident.

I personally think that the dog, which was a Bullmastiff, a very large breed should have been watched more closely, especially around children. This may be a blame game and I am sure we might see
some kind of legal action come out of this, but if the dog attacked just by hearing a virtual bark on a DS’s speaker, it sounds like it would have happened eventually regardless. The media has always put a negative spin on video games as they are such an easy target. I may be wrong but the comments made  from the grandmother seem to be rather rash and just an excuse for the girl being unsupervised to start with. Luckily the girl is now out of the hospital and will just fine.

Nintendo had no comment as of yet on this story.

Pokemon: Typing Adventure gets a Trailer