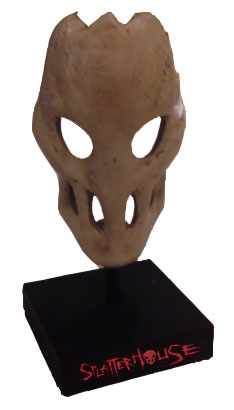 The newest reincarnation of Splatterhouse has been pushed back more times than I care to remember, but I am finally feeling that this game is finally coming out. Gamestop is now offering a nice 6” statue of the famous Horror mask for anyone that pre-orders the title.

To catch anyone up on what they need to know about the newest installment, here is a list of features for the game:

It is great to see this title from Namco-Bandai getting some attention finally and I have very high hopes for it to be great. Splatterhouse is set to release on October 26th of this year for the Xbox 360 & PS3 and is sure to bring out fans for this huge revival of one of the most loved franchises of the video game world.