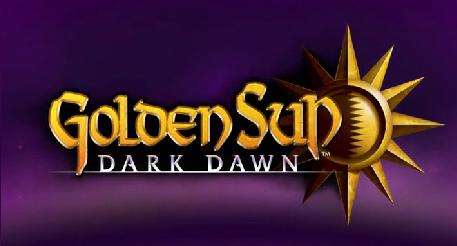 With the HUGE release of Dragon Quest IX earlier this year, many RPG fans have been waiting for the next big release from Nintendo on the DS, Golden Sun: Dark Dawn. The problem was we haven’t really had an official street date, until now. Nintendo has officially announced a date for the highly anticipated entry into the Golden Sun series for November 29th.

Along with this info, Nintendo also gave a nice preview to the plot in the official press release:

Offering a planet-sized world of adventure to explore and conquer, Golden Sun: Dark Dawn puts the raw power of the elements in players’ hands. Each of the game’s playable characters is capable of carrying Djinn, spirits that imbue their owner with unique and powerful abilities. Players can collect more than 70 unique Djinn, granting them the ability to summon mighty deities who unleash devastating attacks that fill both Nintendo DS screens. Djinn powers can also be used to navigate puzzling dungeons and overworld environments that will have players flinging fireballs to burn away obstacles, freezing water to raise platforms, or summoning whirlwinds to create bridges out of floating objects.

Golden Sun: Dark Dawn takes place 30 years after the events is Golden Sun and Golden Sun: The Lost Age, both of which came out on the Game Boy Advance. In this entry, players will be introduced to a new generation of heroes that are struggling to survive in a radically changed world. Players will start out on a journey to save a lost friend which will suddenly turns into a dramatic quest to save the land from catastrophe as players are drawn into a world full of magical energy.

This will be one of the biggest portable releases this year for the Nintendo DS and now that we have a date, fans of the series can now comfortably place a pre-order for the newest entry which will be released right in time for the holidays. Check out the trailer if you haven’t seen it yet below and don’t forget to mark your calenders for November 29th when Golden Sun: Dark Dawn is released!