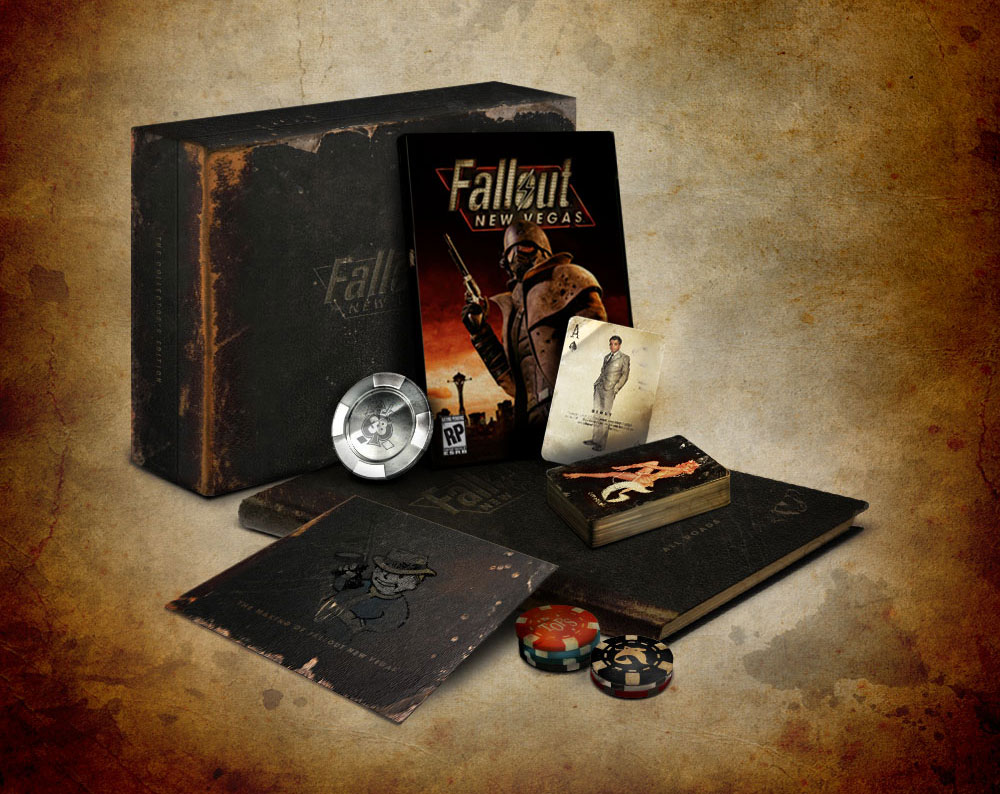 We have some very good news for Australian and New Zealand residents; Fallout: New Vegas is going to be hitting shelves on October 21st. Now the rest of the world has been promised their bonuses and their collector’s editions but what about Australia and New Zealand? There isn’t any reason to worry if you happen to live anywhere in these two places as the bonuses are the exact same as anywhere else. EB Games, JB Hi-Fi, GAME, Mighty Ape and a selection of independent retailers will be selling and providing those who pre-order or buy the special copy of the game. But what will it end up containing? Here it is:

Likewise with the pre-order content, as the only thing that has changed from the rest of the world is the fact that there are different retailers to turn to depending on what pack you may want.

An armoured Vault 13 Suit – Extensively patched up and dotted with piecemeal armour, this outfit is an homage to the classic ending of the original Fallout.  A Vault 13 Canteen – This handy device is useful for staving off dehydration and providing a small amount of healing in the Mojave Wasteland.  A weathered 10mm Pistol – A well-worn 10mm pistol that packs an extra punch despite its modest size.  5 Stimpaks – Food and water are good for long-term healing, but when the fighting is fierce, Stimpaks help keep Wastelanders upright.

Lightweight Leather Armour – This hand-modified suit of leather armor reduces its overall weight without impacting its ability to protect.  Sturdy Caravan Shotgun – Despite its rough appearance, this Caravan Shotgun will reliably fire 20 gauge shells until the Brahmin come home.  4 Repair Kits – Useful for repairing any outfit or weapon, Repair Kits are a valuable tool for any caravaner.  Binoculars — The Mojave Wasteland is a dangerous place, but with these trusty Binoculars you’ll be able to spot trouble coming.

Lightweight Metal Armour – Modified for long-range travel, this Metal Armour sacrifices some protection for mobility and overall weight.  Mercenary’s Grenade Rifle – Though similar to other 40mm Grenade Rifles in the Mojave Wasteland, this model has a faster reload cycle.  3 Super Stimpaks – When you absolutely, positively, need to keep your blood inside your body, Super Stimpaks fix you up in no time.  3 Doctors Bags – Mercenaries and broken limbs go together like Iguana-on-a-Stick and Nuka Cola. Thankfully, these Doctors Bags take a bit of sting out of the inevitable crushed skull.

Tribal Raiding Armour – Pieced together from scraps of armour, this outfit provides protection without impacting mobility.  Broad Machete – This heavy-bladed melee weapon does high damage against limbs and can quickly deal out a flurry of attacks.  5 Bleak Venom doses – Useful on any Melee Weapon, Bleak Venom makes short of work of most living targets.  10 Throwing Spears – If you would like to silently pin an enemy’s head to a wall, Throwing Spears are the way to do it.

To see pictures of what these packs will look like, you only have to take a peek here. 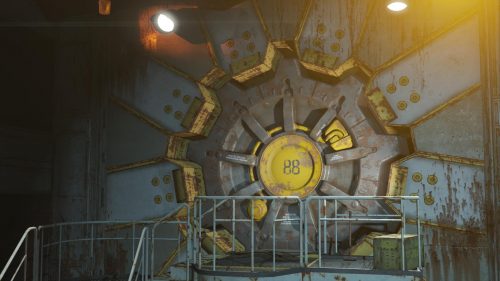