Valve never cease to impress us!

Today Valve announced that Alien Swarm, initially a mod released for Unreal Tournament 2004, whose modders were hired by Valve to work on the Left 4 Dead series and now Portal 2, is being completely remade for the Source Engine, with full Steam integration and a lot of new features, and it’s going to be released for FREE!

Available free of charge, the game thrusts players into an epic bug hunt featuring a unique blend of co-op play and squad-level tactics. With your friends, form a squad of four distinct IAF Marine classes. Plan your attack using an unlockable arsenal of weapons with countless loadout configurations against a wide variety of aliens. Blaze your way through an overrun, off-world colony, eradicating the alien infestation in environments ranging from the icy planet’s surface, to a subterranean lava-flooded mining facility.

In addition to the game, Valve will also release the complete code base for Alien Swarm. This includes updates to the Source engine SDK and full Steamworks integration. If you’ve ever thought about developing a mod on the Source engine with Steamworks, this release provides more insight and examples for using Steamworks in game production.

Alien Swarm will be available in 19 July 2010. So it’s really close! For now you can see the launch trailer right below.

Hunted: The Demon’s Forge launch trailer crawls out of a dungeon 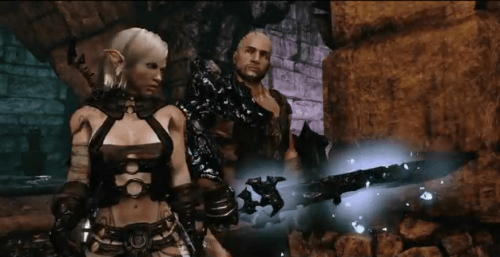