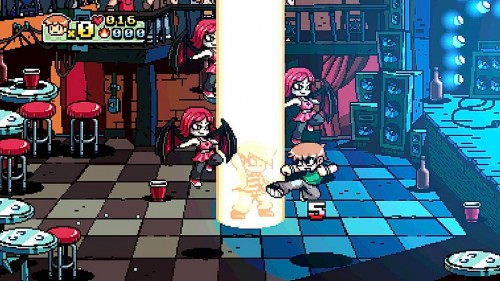 If you happen to have heard anything about Scott Pilgrim vs. the World you may have heard that it was only for the PSN. But it turns out that will not be true. Ubisoft has released a bit of information from Comic-Con that the side scrolling brawling game that combines many different unique elements, will be releasing on the Xbox Live Arcade August 25th, a scant 15 days after the release of the game on the PSN. This is an interesting move and perhaps the loss of exclusive release was lost due to a breakdown in communication between Sony and Ubisoft. Or the fact that the movie developers are pushing for further exposure of the franchise. All I know this is amazing news as this side scrolling brawler is very unique both in appearance and delivery, so I’ll be waiting for August 25th now especially. And even more so for the movie release August 13th.