Well, you’re in luck, because EA & Maxis have just announced (out of nowhere) Darkspore, an RPG set in the Spore universe. Creating your own creature, unlimited customization, leveling up and the whole bunch of RPGing…what can be more satisfying?

Taking the Spore franchise in a whole different direction was the whole purpose of Darkspore. The game looks like it got it’s roots from Diablo, being more of a hack and slash. You will be able to customize your avatar with the original Creature Creator, and although you can play the game solo, Darkspore is mean to be played in multiplayer mode. The player will control a three – character squad, being able to switch between them whenever they want. The classes are fairly familiar: the classic tank, the Plasma Sentinel (with area of effect spells) and the Biotempest (with hunter abilities, like ranged attacks and laying down traps). The game will have an implemented AI ability to detect how you are playing, keeping in mind which abilities you use and throwing different mobs at you, depending on your style of play.In multiplayer co-op, each players will be able to perform their friends’ abilities. Leveling up your character will play a major part in Darkspore, using DNA as the main currency and EXP points.

This title shows a lot of promise and, honestly, I’m really looking forward to this. The game will release exclusively on PC, February 2011. 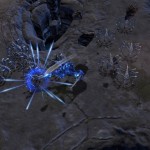 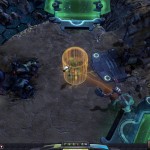 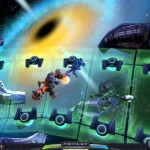 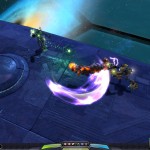 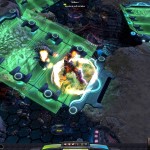 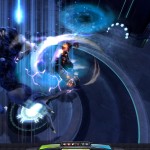 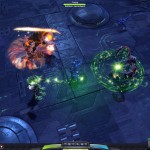 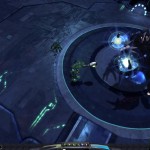 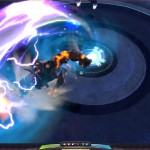