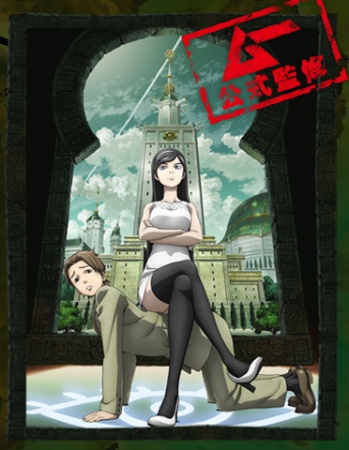 Aniplex and A-1 Pictures Inc are bringing a bit of an occult Anime to audiences starting on July 5th. Seikimatsu Occult Gakuin, or Seikimatsu Occult Academy will be bringing some horror in the form of the Occult, but also a bit of school day comedy it seems. The private Japanese academy is dedicated to the study of anything occult, but is infested with strange paranormal activities happening on campus.

The story itself focuses on Maya, who is the daughter of the school’s founder that died in 1999, and then someone known as Uchida the Time Agent. He is a mysterious man who has come back from 2012 for some reason unknown though he was once simply a weak paranormal.

This is another horror Anime coming out in the same season as another one. Horror Anime are hard to come by as it is but having this one which is more of a psychological horror and High School of the Dead which is pure zombie horror it will be hard to pass up one for the other. It is of course a measure of whether you prefer one type of horror over the other, as each will also contain bits of comedy, though High School of the Dead may contain a bit more of an Ecchi touch as well.