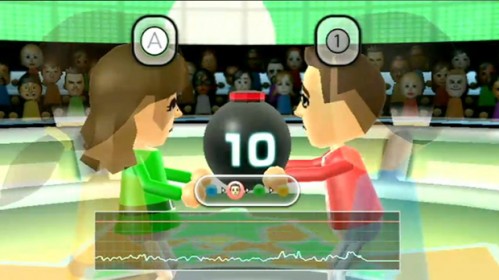 Sure there are a medley of party games out there, Wii Party itself was originally only scheduled for release in Japan. But instead it is now coming to America during the Holiday season. The game itself will contain a total of thirteen different party games overall, and these party games will contain seventy different mini games. It may be just another mini game machine but at least they are bringing you a huge amount of them in one package.

At E3 Nintendo revealed that there was something called a Balance Boat, and a bomb passing game like hot potato style. Should be interesting to see what other crazy games they will end up bringing out. Though this feels extremely like Mario Party with Miis.