“Thank you to everyone who created and submitted a custom hero for the ‘Make-A-Hero’ contest,” beamed Aram Jabbari, Manager of Public Relations and Sales at Atlus.  “We were fairly certain it would simply be a matter of crowning whichever two or three submissions weren’t inappropriately phallic in nature, but to our extreme amazement, there was an overwhelming number of awesome and highly original submissions.  Special congratulations go out to ‘TheRat’ and their ‘MANNON’ hero for taking the top prize, earning $100 in video game credit from Amazon.com.  Who could argue with a shirtless man-tank armed with a chest cannon?  Precisely.”

To celebrate the success of the “Make-A-Hero” contest and to bring more attention to the easy-to-use character editor, Atlus released the “Heroes of Dotnia” audition video, which gives fans a glimpse into the grueling process of applying to become the Hero of Dotnia. 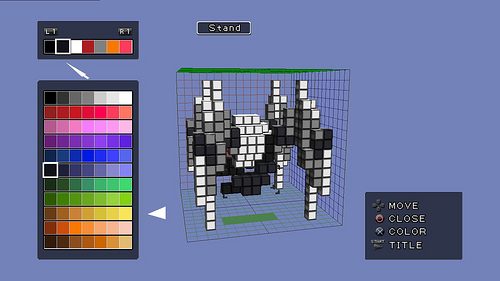