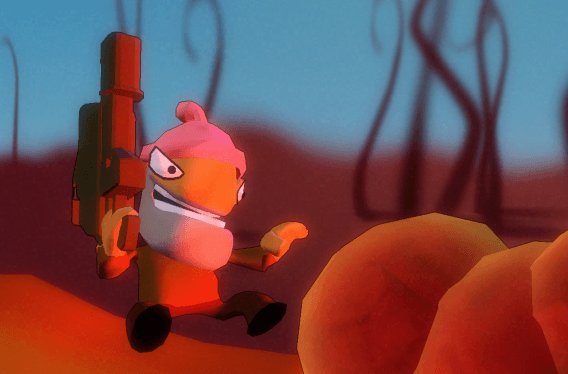 Zombie Cow’s next quirky project, the genital-exploring twin-stick shooter Privates may actually have difficulty passing peer review. This indie title must pass a series of peer reviews in order to make it out to the indie marketplace. Cearly, a game about your privates would have a really hard time passing.

A Microsoft representative has stated, “we can confirm that if it is consistent with the description we have seen on the Internet, this game would not pass peer review and would not be permitted to be distributed on Xbox Live.”

Zombie Cow co-founder Dan Marshall told Seattle PI, “There was always going to be a risk it won’t pass Peer Review, but obviously we’ll do whatever we can to get the Xbox version out,” and continued by saying “it’d be a shame if a huge number of teenagers missed out on some quality gaming and vital education because of some abstract, cellular-level innards and pubic hairs.”

Don’t worry though, if the game doesn’t pass the Xbox Live peer review process, Privates will get a free PC release courtesy of UK’s Channel 4. (Note: it will probably only be available in the UK if it doesn’t pass peer review)

Data storage soon to be moved to… bacteria?