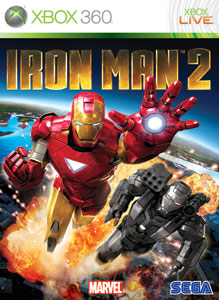 This achievements list coincides with the review that can be found by clicking here.

The achievements in Iron Man 2 seem pretty straight forward at first. A majority of them will be unlocked just for playing the game on the hardest setting. There are a few that may require you to go back and finish certain miscellaneous tasks, such as passing the security grid without touching a laser or completing a certain task without being damaged or in a certain time frame. Once you get passed these achievements you will find out where the true annoyance is and that is found in the achievements where you have to kill so many enemies with a certain weapon or using certain abilities. There are so few levels and each with a small amount of bad guys that you will have to grind levels over and over again just to meet the quota. The game is bad enough the first play through, playing levels over and over again just to kill people is even worse. The achievements are easy in a general sense, but they simply aren’t fun to get. If the game was longer with more opportunities to get the achievements without grinding it may not have been bad, but no one likes excessive grinding and that is exactly what the achievements call for in this game. Not to mention the first achievement you unlock is a 3 point achievement which screws up any achievement hunters list. Luckily the counter achievement worth 7 points isn’t that hard to pull off.