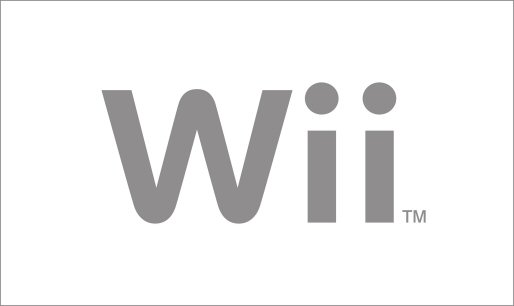 This is HUGE !! too much to comprehend in one article .. but here it is … it’s very long so make sure you click on the link just further down to read the official Press release as well as MONSTER list of new titles coming out for Nintendo DS and Wii in Q2 2010.
.

Super Mario Galaxy 2, MegaMan Zero Collection, Monster Hunter Tri, Wario War Do It Yourself, Prince of Persia: The Forgotten Sands are just a few HOT titles coming out VERY Soon.  Check it out and start getting your pre-orders ready.

8th April 2010: Summer is set to sizzle with some epic game launches in the latest line up of action packed games from Nintendo for Nintendo DS, Nintendo DSi and Wii.

Get starry-eyed over the captivating galactic world ofSuper Mario Galaxy 2 and the fast paced shooting action of Sin and Punishment: Successor of the Skies, both on Wii. You’ll also find no end of fun on Nintendo DS with mysterious puzzler, Rooms: The Main Building, portable music maker Jam with the Band and with WarioWare: Do It Yourself., where you can create your own microgames.

This June sees the launch of the anticipated Super Mario Galaxy 2, the sequel to the smash-hit galaxy-hopping original. The game builds on the gravity-defying exploration and 3D platforming fun of the first game, and is packed with entirely new galaxies, puzzles and features. Mario can now pair up with his friend Yoshi, who features new and fun abilities: including the ability to move elements of the environment with his tongue! Players can also have fun with new items, including a drill that lets our hero tunnel through solid rock. Super Mario Galaxy 2 will launch across Europe on 11th June 2010.

Sin and Punishment: Successor of the Skies, the breakthrough shooter game for Wii from legendary developer Treasure, will launch across Europe on May 7th 2010. The game features non-stop, 60 frames-per-second, action with two playable characters and international online leader boards to track high scores. The game is specifically designed to play on different controller configurations and that supports the way you like to play!

Also new to Wii this year is the epic action game developed by Capcom, Monster Hunter Tri, launching across Europe on 23rd April 2010. Players assume the role of an up-and-coming hunter in a land where humans and monsters co-exist. In the deep story led single-player mode, players can immerse themselves into a full living and breathing ecosystem, during which players will learn the skills required to successfully hunt the majestic monsters that live there. Battles with the fearsome creatures will be challenging, tactical and players will need to learn to pick them wisely. Players must respect the creatures and seek to defeat them, in order to gain vital items to support their village which is under threat by strange earthquakes. The game is fully Wii Speak compatible, and offers extensive online gameplay which will be available for all players across Europe with broadband internet access at no additional cost.

Nintendo recently unveiled a unique partnership with Tecmo Koei to publish Samurai Warriors 3, the newest title in the Samurai Warriors franchise, exclusively for the Wii. Launching across Europe on 28th May 2010, Samurai Warriors 3 is an evolution of the Warriors series, featuring an innovative new game mode and a completely fresh new storyline. As well as introducing additional characters to the franchise, battlefield strategy and tactics will become more challenging in Samurai Warriors 3 with new combat and gameplay elements

Nintendo has also announced an incredibly creative line up for the Nintendo DS, kicking off with the puzzle-filled Rooms: The Main Building. Set in a dark and mysterious house called ‘Rooms Mansion’, the game plunges players into a virtual world based around 90 challenging sliding puzzles, each with a brain busting twist. In each room or level, players must think carefully and strategically to safely navigate their character to the room’s exit by sliding sections of the room, the same way as a slide puzzle. The main character can walk from tile to tile, but remember that only the tile that the character is standing in can be moved. Puzzlers will be forced to use all of their ingenuity to escape each level and to finally unveil the mystery contained in Rooms: The Main Building, when this launches in Europe on June 4th!

If you are a music lover, then the unique new gameJam with the Band will help transform your Nintendo DS family of handheld consoles into a fun, portable music maker allowing you to get creative with your friends. Program a selection of famous songs and share with other players, or jam with up to seven other Nintendo DS owners to a collection of popular songs from a song library which boasts such classics as ‘ABC’ to more contemporary chart toppers such as ‘I’m a Slave 4 U’. If you are after a unique and addictive gameplay experience this Spring then be sure to turn up the volume and Jam with the Band as it launches exclusively on Nintendo DS and Nintendo DSi across Europe on 21st May 2010.