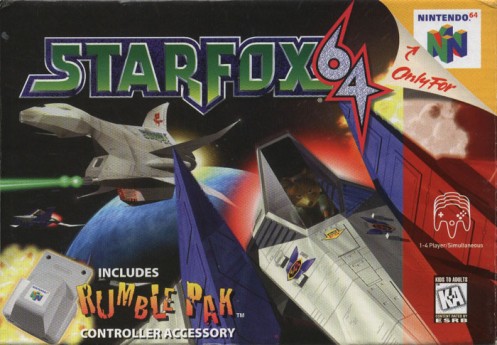 Star Fox debuted in 1993 and reached the series’ highpoint with Star Fox 64.  However the only title that has been released recently for the series was a DS title Star Fox Command. That was four years ago and now there has been no news anywhere involving possibly more Star Fox games.

Hideki Kamiya who is known for his developmental with Platinum Games, the makers of Bayonetta and Okami, has stated in his twitter:

“I want someone from Nintendo to come to Platinum, point a gun and say, “You people make the the new Star Fox game.”

This comes following a statement by Shigeru Miyamoto’s that he would like to see a new Star Fox game.  Quite honestly I would like to see one as well, and in the hands of Hideki Kamiya there may be a chance for an amazing game to be produced.  Just need to wait and see now if Nintendo will allow any further development in the Star Fox series, and if they do, if it will be given to Platinum Games to work with.

“Ivy the Kiwi?” XSEED Game’s Newest Title Set For Release on the Nintendo DS and Wii…